BIBI EUSE - THE VOICE OF PLANTS AND TREES

Since a few months we expose the work of the talented young woman Bibi Euse at the Clouds 9000 gallery. We made a selection of works that are also availablie online now, you can purchase the works here.

Bibi Euse was born and raisid in Colombia. In her childhood she spent a lot of time in the mountains surrounding Medellin, especially on her grandparents’ coffee plantation, where the rich diversity of the tropical Andes’s landscape left a profound impression. These memories resurface in her work of recent years, as a way to reinforce the bond with her motherland, and inspired by painters such as Séraphine Louis and Henri Rousseau.

Her photos are characterised by an aestheticising and melancholy vision, filled with desire for an Edenic place and time that seem at once very distant and uncannily close by. 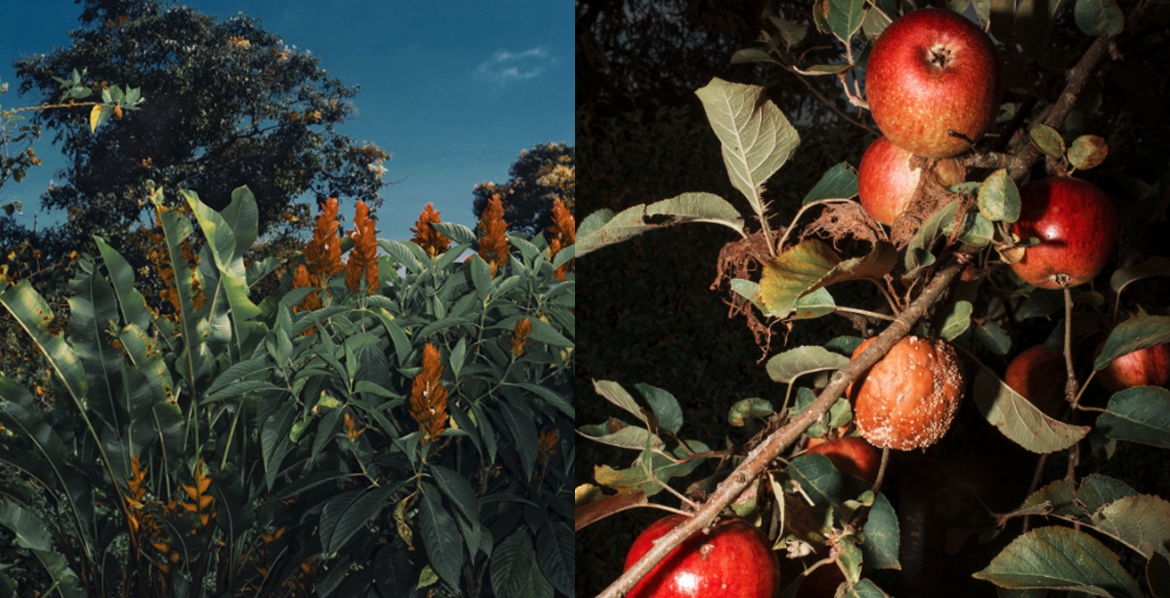 How did a young Colombian women end up living in Ghent, has love brought you here?

I came to Belgium two weeks after my mom passed away. I didn’t intend to stay longer than four months, visiting people I had met in Colombia. Arriving in Ghent in the middle of the night, on the 23rd of December, I distinctly remember the atmosphere in the city, which was so different from what I was familiar with. It felt very comfortable and Ghent started to feel like home quicker than I could have expected, and four months became one year, one year became three, and before I knew it I was living here for nine years.

Did you grow up in a big city or rather a village in the Andes mountains?

I spent my childhood living intermittently in Medellín, which is the second biggest city in Colombia, and at the coffee plantation of my grandparents, outside of the city. I do consider myself more of a campesina, a girl from the mountains, rather than a city girl. My fondest memories are from the time I spent at my grandparents’ finca. During this time I was a lot on my own or I would play with the only 2 other kids living nearby who happened to be my cousins as well...we would walk down the hill to school together every day since it was very far from our homes and also made our way back together for about an hour everyday. I never really realized how far everything was from my grandparents' place and how isolated I was until very late in my life.

Do you miss it sometimes, the stunning nature of the Andes

I miss it every day. Being surrounded by mountains. Medellín is situated in a valley, which means there are mountains all around you, no matter where you are in the city. The nature there is also incredibly abundant, even in the middle of a city of 3 million people. Life finds its way. Outside of the city, nature dominates everything. Farmers like my grandparents adapt to it, not the other way around. As a kid, being out there and being amazed by the diversity of plants left a big impression on me. It made me into who I am, so naturally I miss it.

Do you remember at what age you got your first camera?

I got into doing photography pretty late in life, although my first boyfriend was a photographer. I would be his assistant/model when he was experimenting with pin-hole cameras. I remember being really surprised that a simple wooden box could produce these beautiful pictures. This artisanal aspect of photography really spoke to me. Not the fast point-and-shoot way of taking pictures, but the slow, almost meditative process of this very basic form of analogue photography. I did dabble in photography while studying in Medellín, but I really got into it after I moved to Ghent, when a friend gave me a simple digital camera.

You started to study photography when you came to live in Ghent, right?

I started studying photography in night school, after having received a lot of encouragement from several people here. My teachers in Colombia had also hinted at me pursuing photography, but it wasn’t until after I came here that everything clicked into place. I was living a bit outside of Ghent at the time, and started working on a project photographing the trees close to where I lived, just before dawn. The way I did it, working in almost total darkness, using flat to reveal the trees, not only for the camera but also or myself, made me think back to that time when I was so fascinated by the pine-hole camera and the way developing pictures gradually reveals the image. It made me realise I loved photographing nature. More than that, I really felt that I loved making images.

You worked for Damn magazine for a while and now you work as a freelance photographer and you help out at Clouds 9000.

Every assignment helps you develop your work, and, just as importantly, since a lot of assignments I do rely heavily on making portraits, they allow me to meet a lot of interesting people, inspiring me further.

Is there any specific country you would like to visit photography-wise?

As many people do, I’d like to see the world, but of course my preference goes out to places where nature can still run wild. I guess Southeast Asia is at the top of my bucket list.

What are the best places to visit in Colombia, do you have any 'best kept secret places' for us to reveal?

I am still amazed by how rich and diverse my country is. There are many places even we Colombians rarely go, often because they are hard to reach or still affected by armed conflict. For instance, I only recently discovered the Pacific coast, which is really a treasure. It has a unique diversity of fauna and flora, where the jungle meets the ocean. In summer whales come to give birth there. It is where part of my A Dream within Another Dream series was shot.
I still want to visit the Amazon region, at the border with Perú en Brazil. I feel very privileged being able to visit these hard to reach places, but at the same time it poses something of a conundrum. They’re as beautiful and unique as they are precisely because they have been hard to reach. The last thing they need, is to be flooded by tourists. 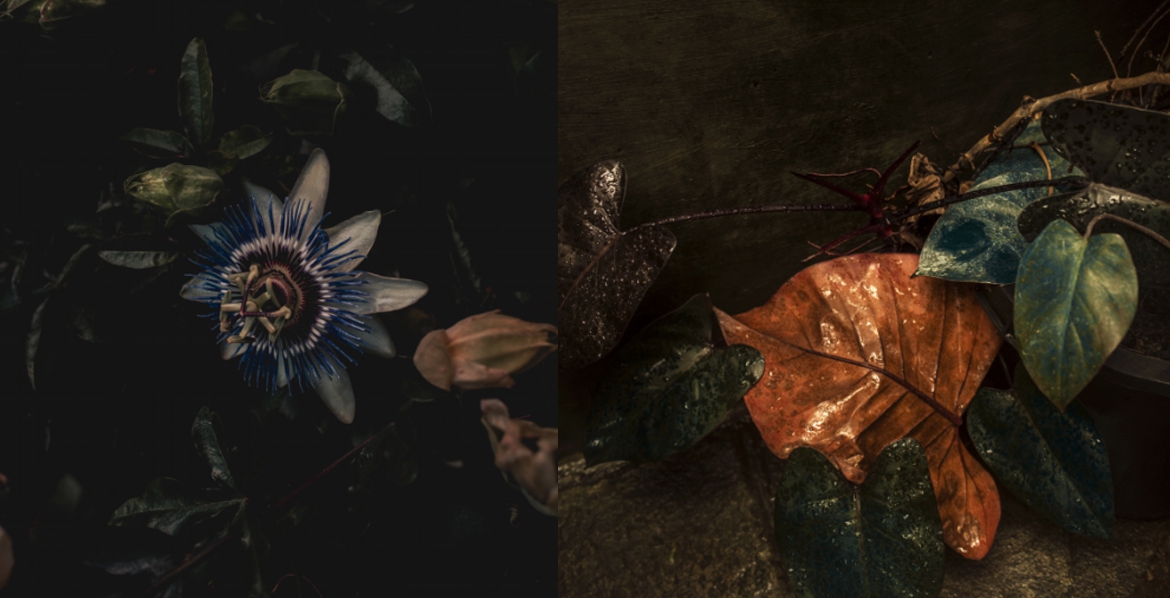 Your photo's have a melancholic touch, everybody agrees about that.
Do you think you will return to live there one day?

Although I think a lot of people would describe me as a lively and colourful person, I also carry a lot of melancholy in me. Not only in my pictures, but who I am in general.
I am very sure I will return to live in Colombia. I don’t know when, but I do know I want to spend a significant part of my life that is still to come in a warmer place, in the place that I know the most, the place that is still my home.

You are influenced by Henri Rousseau en Séraphine Louis.
How did you get to know their work? Do you have a fovorite museum in Colombia?

I first got into contact with their work through school, and of course by seeing it in the museums that Europe is so rich in. In Colombia, museums have a much harder time, but many of them do excellent work in sometimes less than ideal circumstances. I really love the MIM in Medellín for example. There’s also Museo de Antioquia, filled with paintings and sculptures by Fernando Botero, the most famous Colombian artist.

Do you search for a certain color pallette or rather a composition when you look through your lens?

I think it’s more of a subconscious thing. I seem to pick subjects that have a certain palette, but when I look through the lens, I make choices based on what feels right at the time. I do realise I have been choosing subjects of certain colours, and of course I emphasise this in my post-production process. But I don’t overthink it when I’m shooting, it just comes naturally.

And finally, do you have a new project in mind?
I am working on a project with a friend, trying to explore portraiture. I love working with models (mostly friends), but it presents totally different “problems” than working in nature, doing landscapes or still life pictures. And in the end, every picture is an answer to a question that’s sometimes buried deep inside of ourselves. At times we have to change the direction we’re heading in to find the questions we didn’t even know we were asking. I guess subconsciously that’s what I’m looking for in every new project.

Bibi Euse currently has an exhibition at the Clouds in my Coffee, where a selection of pictures is exposed on the walls. A selected number of Limited Edition Art Prints are for sale in our webshop. You can find them HERE.

If you would like us to send you the entire portfolio and pricelist with works for sale, send us an email hello@clouds9000.com