Pritzker Award winning architect Luis Barragán was born in 1902 in Guadalajara (Jalisco, México), where he completed his studies and graduated as civil engineer and architect in 1925.
His influence in global architecture is still present. His house, kept just the way it was when inhabited until his death in 1988, is one of the most visited sites in Mexico City.

All the personal belongings of Barragán are carefully exposed through out the house. When entering the house you will notice that it doesn't feel outdated at all, on the contrary, after 3 decades it still feels like a contemporary home.
Barragán was a passionate horselover. In his house you can find little horse statues, drawings or paintings of horses all over.
Also other curiosities, like textiles and ceramics, he collected and took home from his journeys. Barragán has travelled a lot in his life, amongst others to Europe and Africa. His favorite music was African tribal and classical music. He had several record players around the house where he read books while listening to his records.
Although he was very much by himself during his life, he wasn't married and lived alone with his housekeeper, he could appreciate beautiful women. Iman (wife of David Bowie) was one of his icons. 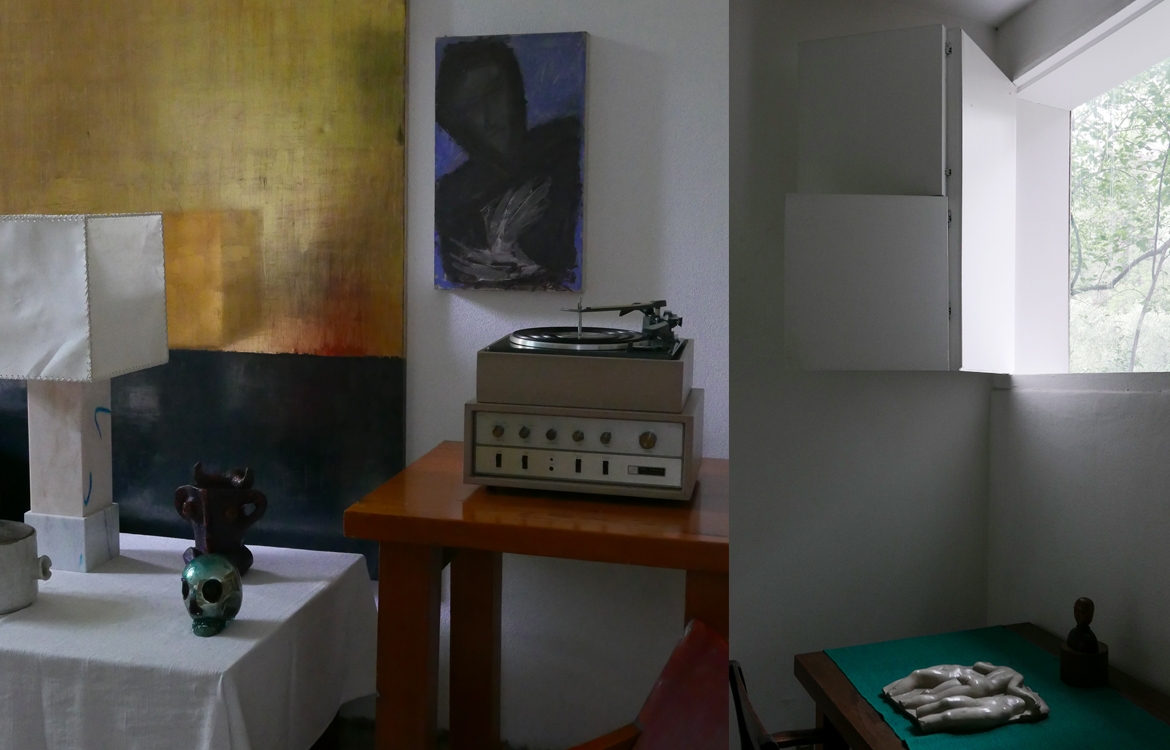 Most of the time he enjoyed being by himself. When his friends came over he wanted to be in control of the conversation. He didn't like large groups of people, that's why you can never sit with more then 8 people at a table designed by Barragán. He even had an alarmbel installed in the table leg of his diningroom table so the housekeeper could 'save' him when he was bored or annoyed and wanted the visitors to leave.

The rooms in the house either have a very soft or very strong color palette. In casa Barragán the main strong colors are pink, yellow, orange and terracotta. He seldom used green since according to him, green belongs to nature.

Like in Villa Necchi in Milano by Porto Luppi, Barragán designed every detail in his home. All furniture, the selection of textiles and materials, everything was chosen by him. He was a very religious man and liked to integrate relgion into his design. In all houses of Barragán you can find signs of his religion.
The shutters he designed consist out of 4 parts. When the sun comes up in the morning, the light comes into the room in the shape of a cross.
As a catholic man he liked the presence of God around him. Also the doorjamb of his kitchen was prolongated with a cross.

The interior of the house does not reveal its age, it still looks extremely contemporary, timeless. The use of honest materials like tropical wood and cotto tiles, fabrics in natural fibres in combination with geometry (he preferred square tables for example) give the house it's everlasting serenity.

The next post will be about Casa Gilardi by Barragán, and there will be a special feature about gardens by his hand. For Barragán the garden and house where 'one' and could not be seen seperately.

When you would like to have a guided tour in Casa Luis Barragán you better book your tickets in advance since tours often sell out. You can book tickets here. 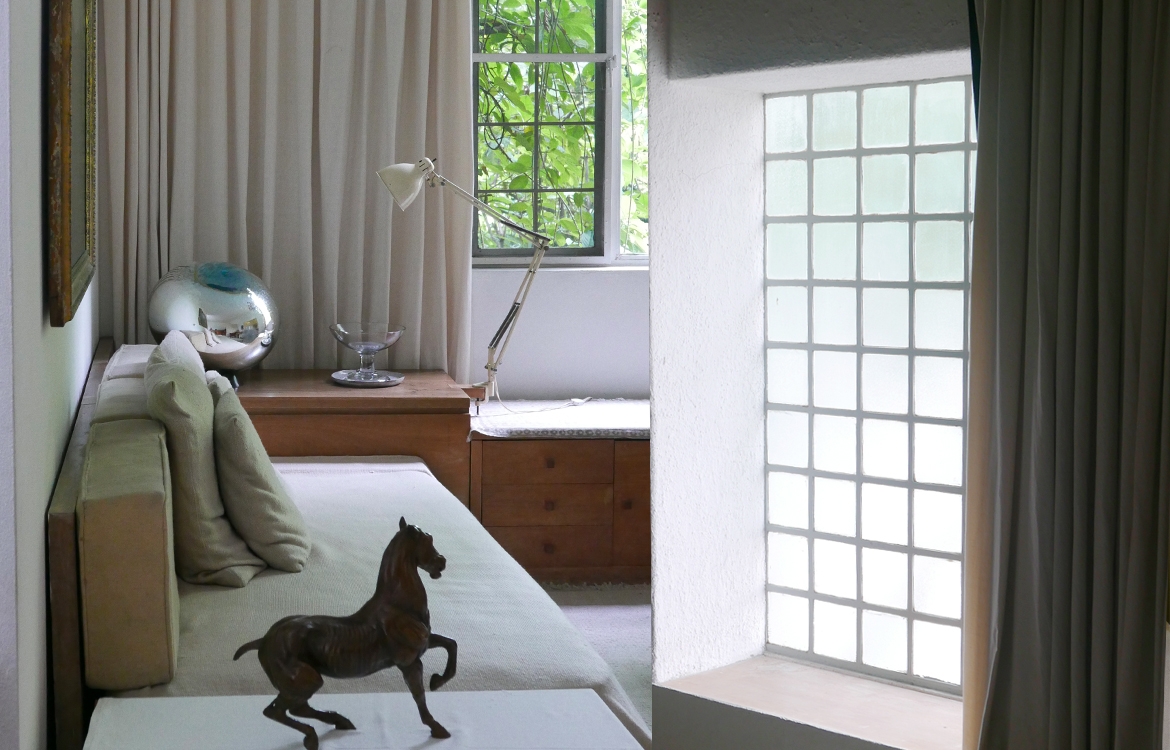 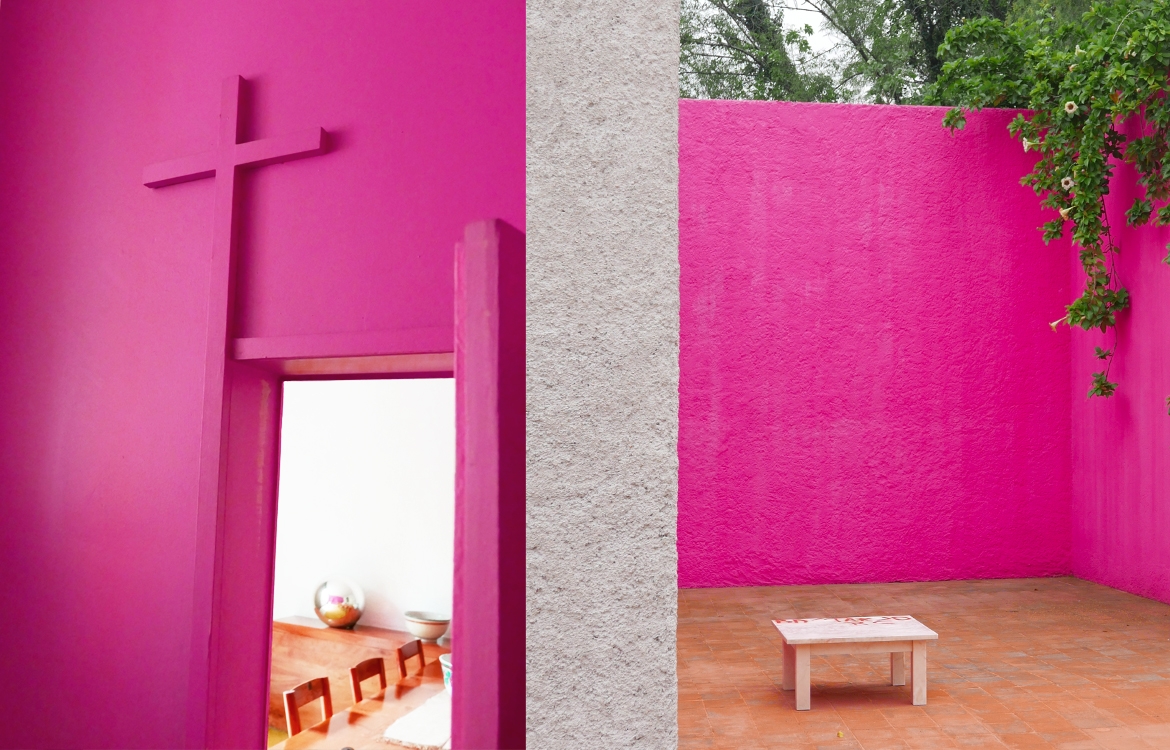 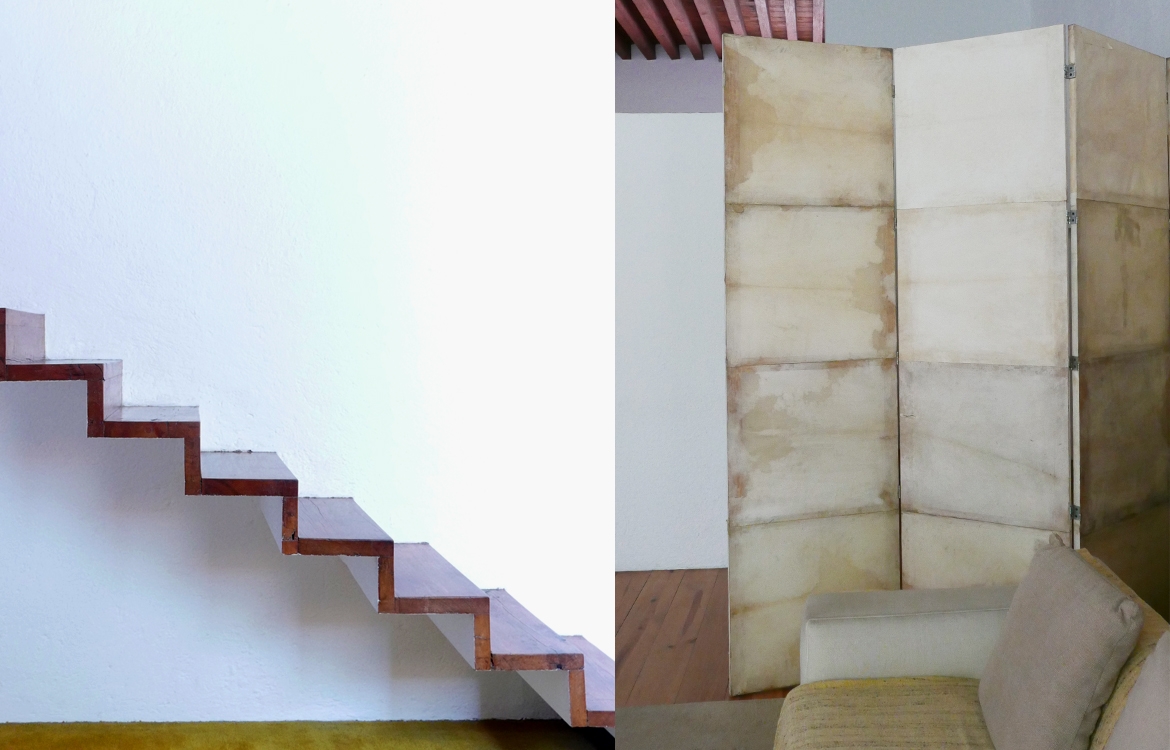